All You Need To Know About The Swift Programming Language 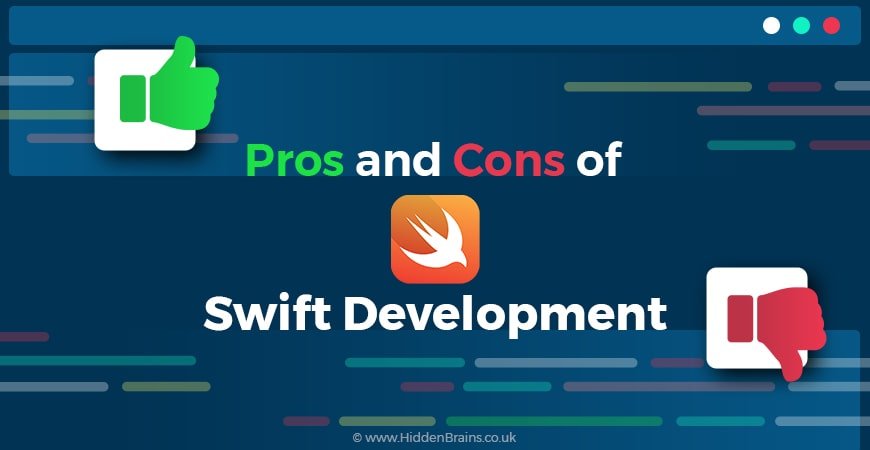 To make the development process easier and faster, Apple has introduced an upgraded version of Objective C, which is known as Swift. As this swift coding language has launched in the market, since then there is a high demand for the iOS Swift App Development Services.

To meet with the market competition and standard, Apple developers used to upgrade it and launch its modern version constantly with advanced features.

Presently, Swift 5.1 launched in September 2019 and  it includes features that make it easier to design better APIs and reduce the amount of common boilerplate code. Swift is a powerful, modern, and interactive programming language, which helps to develop code easily and supports the Syntax feature.  This language is easy to use.

Swift coding language is the most preferred choice and offers extensive benefits to the app developers but there are some cons also. In this article,

This is one of the reasons that iOS developers get attracted to this language. Swift is the modern language and integrated with advanced features. It is designed in such a way that it can overcome all the issues that Objective C used to have. Experts have addressed all the major issues that developers use to face in Objective C.

In 2015, Apple announced Swift as an open-source and garnered technical support from worldwide developers. An open-source feature offers support of an active community to the Swift programming language. Swift is the most structured and upgraded language as developers use to modify it constantly.

Due open-source feature small, mid and large enterprises can take the full potential of the Swift programming language without any cost.

Swift offers easy coding to developers. Mobile app development programmers can easily read and write code with Swift. It requires less coding efforts and like Objective C, its functionalities are not divided into two parts – interface and implementation. In this header file and implementation, the file is combined in one file. With Swift, writing and maintaining code is easy.

Swift also allows mobile app developers to write the code in this language and they can use the same code in other languages.

These are advantages of Swift mobile application development, but it also has some cons.

Lack of Support for Previous Versions

Swift programming language doesn’t support the previous iOS versions. This can only be integrated with the iOS7 version or later iOS operating systems.

How to Learn Swift Programming Language?

As there are limited Swift developers, so there might be some challenges to learn Swift.

Developers can learn the language through:

This programming language is modern and with Swift app development company mid to large enterprises are leveraging the potential of the Swift programing language. As this is a new language, there are some technical challenges which developers are facing but with time it will replace Objective C and turn as the most preferable language of the iOS app development. Due to its open-source features, several challenges will soon be sorted out.

If you are looking to develop top iOS Swift apps, get in touch with our team for free quote.

An Overview of E-Learning Development Process