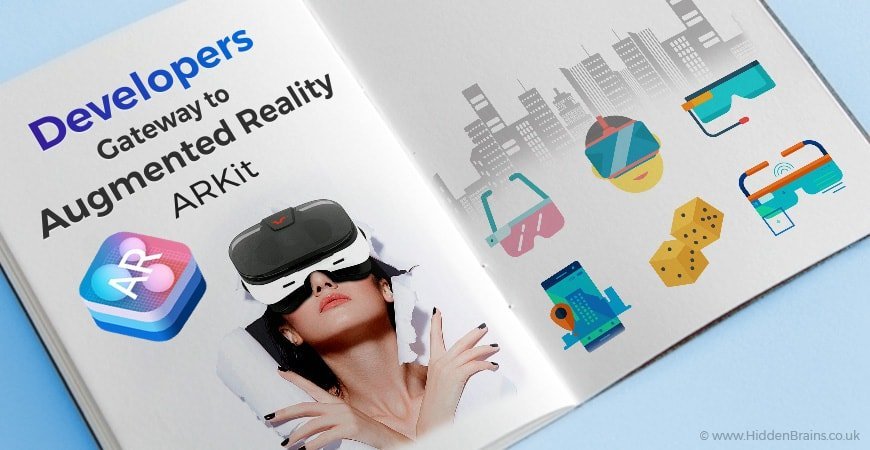 Apple is investing high on Augmented Reality and considers as a revolutionary technology that would soon dominate all mobile apps. No doubt that AR is a disruptive technology that enables users to add digital objects in the real world scenario and experience it at first hand.

ARKit is a framework that will allow iOS app developers to build intuitive apps using Augmented Reality technology. This framework was the major highlight of iOS 11 announcement, after which developers have started researching on how they could make the most of this platform.

ARKit in iOS 11: Taking Apps Beyond the Screen

Mobile app development is a growing arena that is constantly triggered with innovation in technology and changing behavioral pattern of users. Augmented Reality is the new craze of this highly digital world, as a result of which Apple takes a stride with the launch of ARKit.

Perfect blending of digital objects with the real world surroundings increases the interactive quotient of users. Augmented Reality pushes mobile apps beyond the mobile screen and brings them out in the real world. For example: Pokémon Go game got all the players out on the streets to explore their surroundings in quest of searching for Pokies.

Hire iPhone app developers that have deep understanding in following technologies to ensure that they can deliver best output when working with ARKit:

ARKit enables iPhone and iPad to precisely figure out flat and horizontal surfaces such as floor, tables, and beds in order to accurately position virtual objects in the real world scenario. In addition to that, ARKit utilizes the camera sensor to know the amount of light and overall lighting condition of a scene. Based on the current lighting condition, it applies similar lighting effect to the virtual object to make look as a part of real world surroundings.

ARKit is coming into existence with iOS 11 that would be available in upcoming iPhone 8 handsets. In short, ARKit is sure to work on nothing less than A9 and A10 processors. These processors deliver ultra-fast performance in terms of understanding the surroundings and placing virtual content or objects that blend well with real world. Developers are free to make the most of ARKit in Metal, SceneKit, and third-party tools like Unity and Unreal Engine.

ARKit: What kinds of apps would be made available to users?

ARKit has opened new paths for building of mobile apps in categories such as games, AR social media apps, maps & navigation, shopping, entertainment, educational and many more. Though games have emerged as the most popular AR apps till now, users will get exposure on many other types of apps with the launch of ARKit by Apple.

Though Apple hasn’t declared as to which devices support ARKit, its new upcoming model iPhone 8 would surely come with this Augmented Reality power. If rumors are to be believed, massive changes in camera of iPhone 8 to make it more powerful only support the assumption that iPhone 8 will come with AR capabilities. If going by specifications of processor to support ARKit, all those handsets and tablets with A9 and A10 processor would get this new framework.

Augmented reality is going mainstream with this giant leap taken by Apple Inc. The company expects to bring the most unique, immersive and interactive experience of mobile apps to users with this introduction of ARKit. Now that the gates will open for developers to experiment with ARKit, it would be quite exciting to see how they utilize it to build innovative mobile apps.