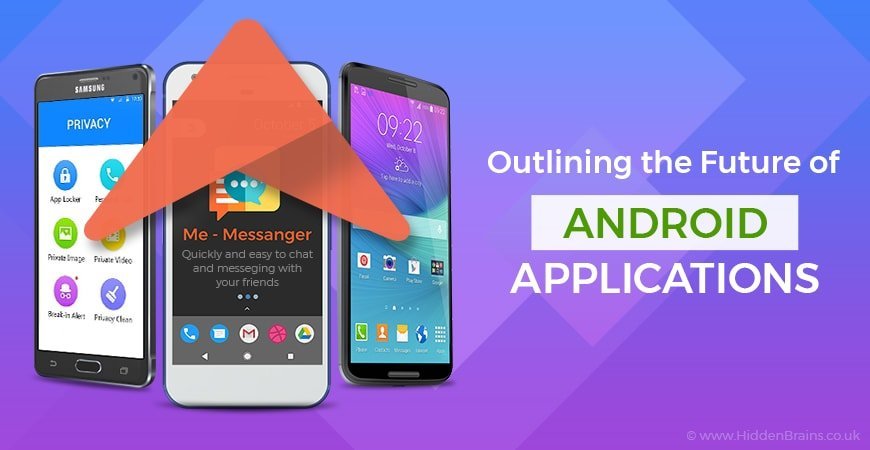 How fast is the Android application development field growing? Well, nothing can answer this question better than proven statistics.

“Android captured 87.5 percent of global smartphone market share in the three months to the end of September 2016”, Strategy Analytics said in a report.

To simplify above statistics, 9 out of 10 smartphones in the world are driven by Google’s Android operating system. While this market is scaling unprecedentedly, Android app development companies find it quite challenging to stand out from the crowd.

These firms are always vigilant of what’s trending in technology that can be incorporated in Android apps to offer better user experience. As per the current market standards and user preferences, following is the rough outline  future of android apps development.

Limited storage space often leads to slow loading of apps that deteriorate user experience. As an effective solution to this problem, Android application development companies now build apps that use cloud technology. Android apps based on cloud are preferred by users as they provide consistent experience across multiple devices. Such favoring support for multi-device synchronization is the rising need of Android users.

With the rise of mobility concept, users exchange personal and sensitive information over aencrptions. This exposes the data to more security breaches and threats. To win the confidence and trust of users, Android apps now encrypt the data to lessen its chances of being leaked to third party.

The connected ecosystem where everything can be controlled through smart devices is the basic concept of internet of things. As the number of smart devices are increasingly, this concept is about to expand in the near future.

As a result, Android app development companies are more inclined towards making of apps that enables user control and synchronize smart devices. This is seen as a renewed way of living with apps that controls your daily usage appliances and devices.

Mobile users are adapting to the trend of real time location sharing and geotagging much faster than expected. The success of game Pokémon Go is not unknown to anyone. That’s not the only location-based mobile app that succeeded. Retailers are leveraging the power of real time location tracking to offer personalized discount offers to customer base don their shopping cart history.

Virtual reality and augmented reality devices are in demand, be it for gaming or industrial applications. With this rising trend, Android applications are developed such that support devices powered by AR and VR. This trend will redefine our interactions the computer system.

While heavy apps are least preferred by mobile phone users as it consumes a lot of space, Android instant apps enable ple to access the same features without actually downloading them. These web based apps are the most prong ones.

Embracing these trends is sure shot way of developing Android apps that can become popular among users.

Android 11 Official Beta: All You Need to Know About Android 11