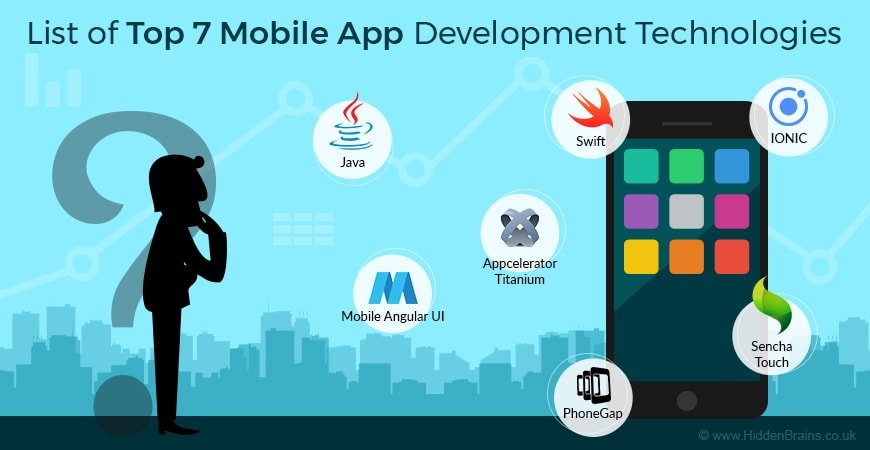 What can a mobile app do for your business? Are mobile app development services worth it? This question is best answered by an entrepreneur who has explored the potential of mobile platform and leveraged it for the benefit of business.

One simple rule of business is ‘serve your customers in the way they want’. There is a paradigm shift in browsing patterns and usage platforms of customers, which have compelled businesses to adapt to their changing needs. As a result, new mobile app development technologies have come up to match the fluctuating needs of customers.

Following graph clearly represents the :preferences of people in reaching out to different industries.

Swift seamlessly integrates with Apple’s recent API: Cocoa and Cocoa Touch. The latest version of Swift is open source, which helps developers to code without any overhead and with maximum customizations.

All the drawbacks of Objective C were analyzed to overcome with the release of Swift language for iOS developers. Swift is now used for building majority of apps for iOS, macOS, watchOS and tvOS.

Though several new programming languages have emerged after Java for Android app development, the usage of Java remains unaffected:

Three interconnected systems of Java include JavaScript and Enterprise, Java and JavaBeans. Developers are quite comfortable coding in Java language owing to its integrated environment and large community support.

IONIC framework uses JavaScript and MVVM framework to develop rich and interactive apps. Based on HTML5, it is built using SASS and accounts for integrated development environment and two way data binding.

IONIC team is still striving hard to make this framework much more user friendly. Efforts are dedicated to make it easy for developers to code with minimal lines of programming and introduction of drag and drop functionality.

When it comes to building multi-platform mobile apps, Sencha Touch is the framework that comes to mind. This MVC based JavaScript framework is famous for supporting over 50 built-in UI components. Developers are leveraging the power of this one of the latest mobile app development technologies to build apps for Windows, iOS, and Android operating systems.

Sencha Touch is used for creating native looking apps with best themes to match the look and feel of diverse platform that support it. Sencha Touch is popular among developers for smooth navigation, addition of animations and adaptive layouts it offers to the community.

Owned by Adobe, PhoneGap is an open source Cordova framework used for packaging and releasing the mobile app. This open source distribution of Cordova is built by utilizing advantages of Cordova with the help of strong community support.

Following graph shows the rising usage of PhoneGap, one of the recent mobile app development technologies in the market:

Hybrid mobile app development is possible in PhoneGap with an access to libraries and plugins. Developers can easily test and debug application built using PhoneGap as it possess seamless integration to third party tools.

Mobile Angular UI, yet another mobile app development technology, is used to create intuitive and interactive mobile apps using AngularJS and bootstrap3 technologies. This framework allows developers to include switches, sidebars and overlays for coming up with highly innovative mobile app.

With no jQuery dependencies, it becomes easier for developers to build mobile apps using appropriate AngularJS directives. AngularJS modules of angular-route, angular-touch and angular-animate facilitate developers to code apps as per the client’s requirement.

Appcelerator Titanium popular for building of native mobile apps for Android and iOS, as well as hybrid apps using HTML5. This is an open source and extensible framework with integrated SDK for building of apps as per specific requirements and preferences.

These are top mobile app development technologies in use today for building of highly immersive, engaging and interactive mobile apps. Hidden Brains works on all major technologies and platforms to deliver world-class, robust and high-performing mobile apps. Contact us today for any app related requirement or concerns.