How to Integrate Trending Technologies in your Android App? 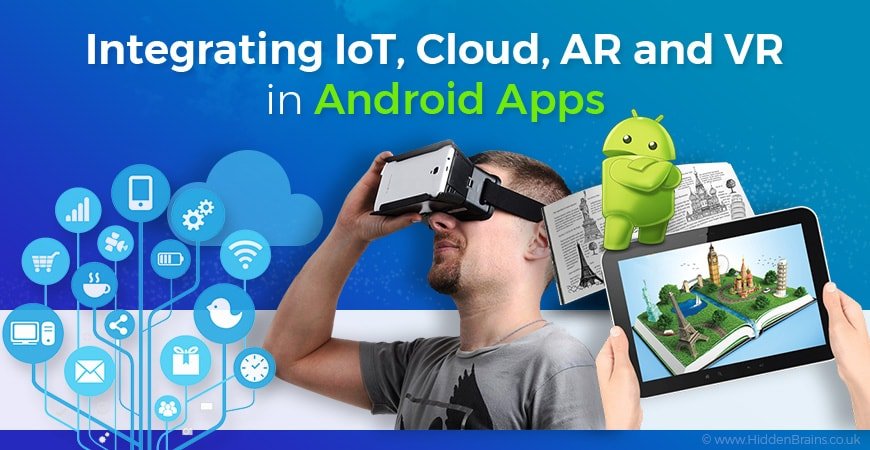 Android operating system has emerged as the most powerful and preferred one for common smartphone users. Digital age has empowered new and better ways of communication through mobile apps. Applications have already penetrated common people’s lives in a way that it is next to impossible to carry out routine tasks without them.

Android app development has captured the market. The dependency on smartphones and its apps is realized up on monitoring our everyday activities from morning till night. Enjoying a cup of morning coffee with latest news on app to watching your favorite TV shows on respective app, we are addicted to using apps like never before.

As per the recent market statistics, Android smartphones are highest selling ones till date. Did you know that Android’s global market share accounted for 86.2% till the 2nd quarter of 2016? This operating system is the winning choice of mid- to lower-end smartphone segment. In Q2 of 2016, the sales of premium smartphones powered by Android went up to 6.2%.

Google Play Store has apps for every need of humans. When there are over 3 million apps existing in the Store, how can developers come up with something new to serve Android users in innovative way?

Integrating latest and trending technologies with ongoing Android app development project is the best solution to this problem.

IoT technology has revolutionized several verticals of retail, real estate, education and healthcare. IoT systems induce automation with the use of smart devices and integrated mobile apps. Android apps that include features to operate smart devices of IoT system are quite in demand these days.

For example, consider home automation system that uses the power of IoT to maintain room temperature, turn ON/OFF lights, door and window lock system. An Android mobile app that gives a user complete control of this integrated IoT system is much appreciated in the market. With such control, user can set timings for door lock and expect the room to be at perfect temperature when he/she returns home after work.

The usage of digital devices has increased drastically. In addition to smartphone, an individual is most likely to have a laptop, tablet and may be a phablet too. When a single individual is using so many devices, he would expect his personal data to be available everywhere without the need of manually saving it on each device.

One major restriction of digital devices is that they have limited storage space. As a result, user is always in search of extra storage space where he/she could preserve important and personal information without any threat of security breach.

In this situation, cloud storage comes to rescue. It enables users to store information to cloud, which can further be accessed from any device. Thus all the data stored in cloud can be retrieved anytime and anywhere. Android apps that fetch and store information in cloud are in demand as they are convenient and consume less space.

Gone are the days when people used to close their eyes and imagine about something to get a perfect view in mind. In this digital age, Augmented Reality and Virtual Reality technology takes care of these things. User can get the feeling of living in an imaginary world through AR wearables and integrated mobile app.

The most popular example of mobile apps using this technology is Pokémon GO. This game got people on their toes to search for pokies on streets. While pokies were virtually present in real world of users, this experience took them to an entirely new world.

Android gaming apps using AR and VR have notable results. Apart from games, businesses are also leveraging the power of this advanced technology to account for engaging user experience.

Android app development with the help of trending technologies of IoT, cloud, Virtual Reality and Augmented reality can bring forth a truly innovative end product. Developers need to study and analyze how they can implement this technology for the fulfillment of app’s requirements.

Hidden Brains has helped clients in building Internet of Things Android app as well as AR apps. If you are looking for a trustworthy company who can help you to transform app idea into reality, contact Hidden Brains today and get a free quote.

What changes Android will face this year-2022? – Android 13 Features

This website uses cookies to improve your experience while you navigate through the website. Out of these, the cookies that are categorized as necessary are stored on your browser as they are essential for the working of basic functionalities of the website. We also use third-party cookies that help us analyze and understand how you use this website. These cookies will be stored in your browser only with your consent. You also have the option to opt-out of these cookies. But opting out of some of these cookies may affect your browsing experience.
Necessary Always Enabled
Necessary cookies are absolutely essential for the website to function properly. These cookies ensure basic functionalities and security features of the website, anonymously.
Functional
Functional cookies help to perform certain functionalities like sharing the content of the website on social media platforms, collect feedbacks, and other third-party features.
Performance
Performance cookies are used to understand and analyze the key performance indexes of the website which helps in delivering a better user experience for the visitors.
Analytics
Analytical cookies are used to understand how visitors interact with the website. These cookies help provide information on metrics the number of visitors, bounce rate, traffic source, etc.
Advertisement
Advertisement cookies are used to provide visitors with relevant ads and marketing campaigns. These cookies track visitors across websites and collect information to provide customized ads.
Others
Other uncategorized cookies are those that are being analyzed and have not been classified into a category as yet.
SAVE & ACCEPT