PHP vs Python for Web Applications: The Battle Continues 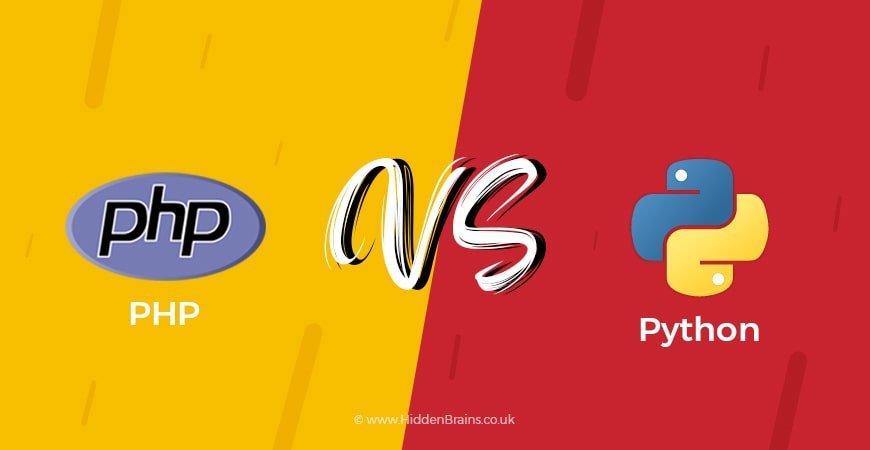 When it comes to backend development, PHP and Python are the most popular choices of enterprise, startups, businesses, as well as developers. The robustness of both programming languages continues to be the reason for phenomenal growth. However, the question of PHP vs Python for web applications continues. Many of today’s programmers completely ignore the fundamental principles of sound programming and they spend a large amount of time fantasizing new layers of complexity.

World’s most popular CMS, WordPress is built in PHP. Similarly, two of the leading open source ecommerce platforms, Magento and WooCommerce are built in PHP. On the other hand, Python offer several Django powered CMS. While several websites are programmed in PHP, Python has been witnessing a steep upward trend in the past two years. This blog will provide quick comparative analysis between PHP vs Python, as well as select PHP development company or Python development company for your project.

PHP: Hypertext Preprocessor (or simply PHP) is a general-purpose programming language originally designed for web development. Ever since its launch and inception, PHP has changed a lot since then and today PHP can be used to build enterprise-level applications. Just considering PHP as a framework in itself is not wrong. PHP can be used for developing web applications written entirely in a procedural C.

PHP vs. Python? Which one works for you

Whether you are an experienced PHP Web developer or a newbie developer, it is important to understand and decipher the benefits of languages in terms of programming constructs or syntax.

Short and easy-to-write, Python has become one of the preferred programming languages for application development. With a short syntax and extremely readable code, Python offers simplicity.

Python and PHP have excellent community support and have been in existence for quite a while, to develop robust web applications. Both have a huge ecosystem of developers ready to support and effectively maintain applications.

There are loads of Python and PHP developers across the globe continuously developing applications. As a result, community support is outstanding for both. Python gained popularity when Google started using it for highly popular apps like YouTube. On the other hand, PHP must be noted that the world’s largest social network – Facebook has been written using PHP as the primary backend.

Python provides a powerful debugger called PDB (Python Debugger) which is easy to use. PHP, on the other hand, provides XDebug package for debugging. Both PDB and XDebug provide debugging features – breakpoints, stacks, path mapping and more.

The difference between PHP and Python is orientation. Python is aspect-oriented, whereas PHP is object-oriented. With Python, the developer can create a separate functional module and register the connections, resulting in an algorithm that executes this or that program block based on the user’s actions. Working with PHP means creating an integral code object with properties that executes actions based on the input of user.

PHP’s syntax is similar to the syntax of C. When writing the code using PHP, curly brackets, additional characters and operators, and other C elements are used. Further, working with PHP is neglect of white spaces during the compilation, which brings usability and gives the capability to structure the code into logical components with are simple to use.

The syntax of Python is based on the separation of the code with spaces and tabs, which significantly speeds up the process of coding, but increases the possibility of careless errors. Considering Python, it’s also worth noting the simplicity of commands. In fact, most of the commands in this language are similar to the corresponding words in natural English, which makes it much easier to learn. If you are interested in learning either language, you can find additional tutorials to learn Python and learn PHP.

There are several more things to know about PHP and Python, including their features, similarities, and frameworks. Both languages play a predominant role and have created a buzz in the web development industry.

Let’s know more about these programming languages through Various Infographics including the market share and specific features. 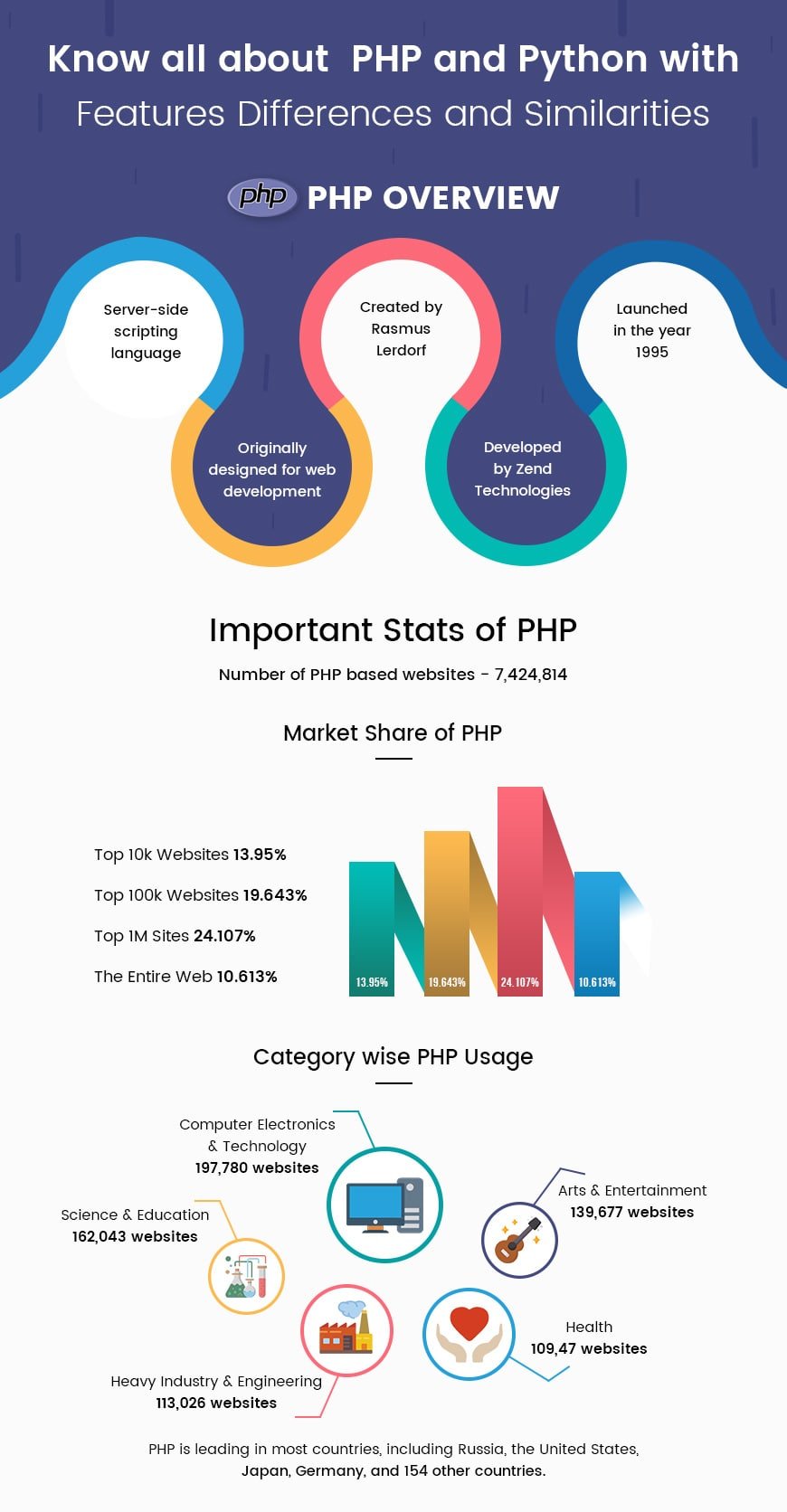 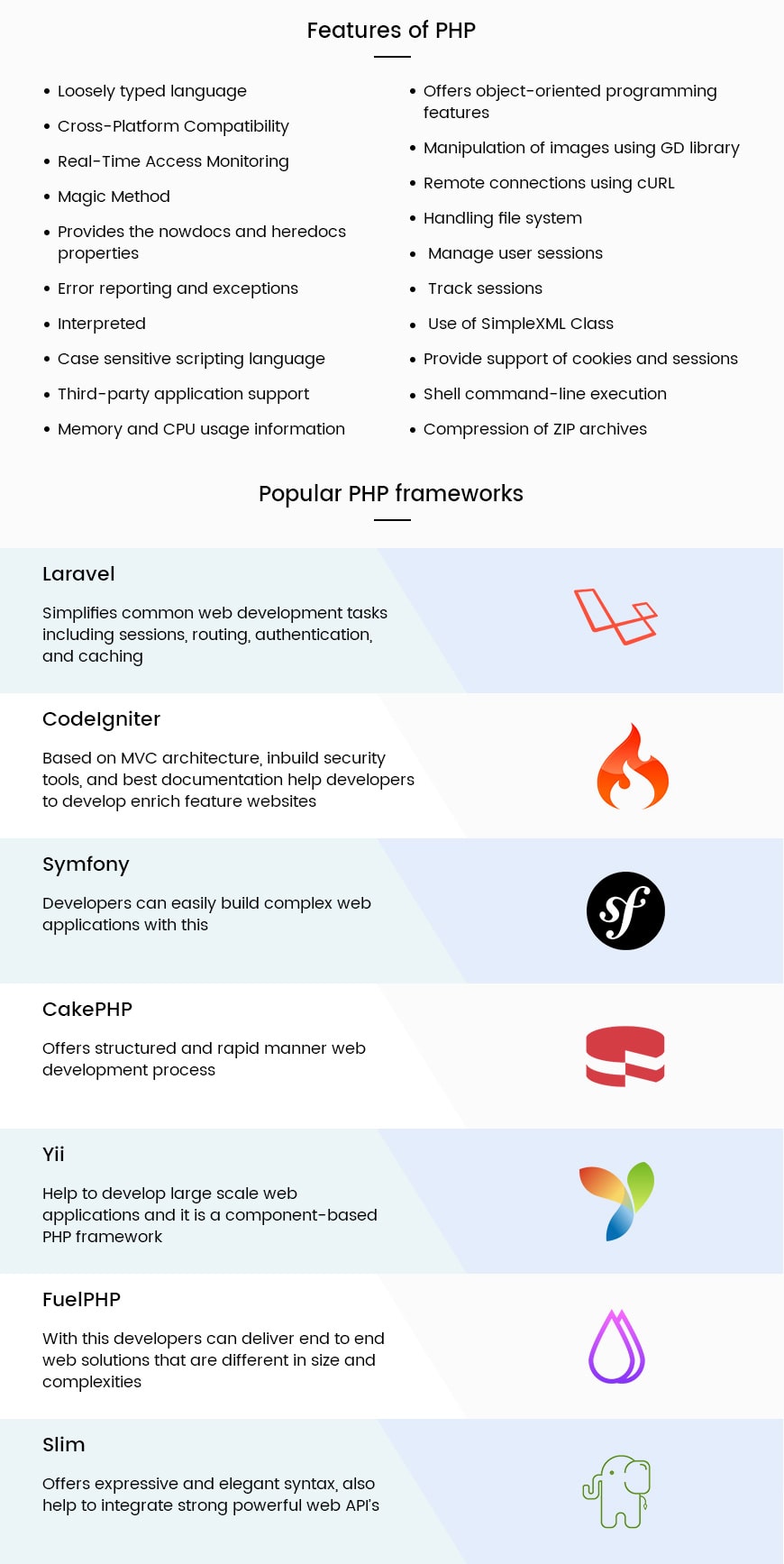 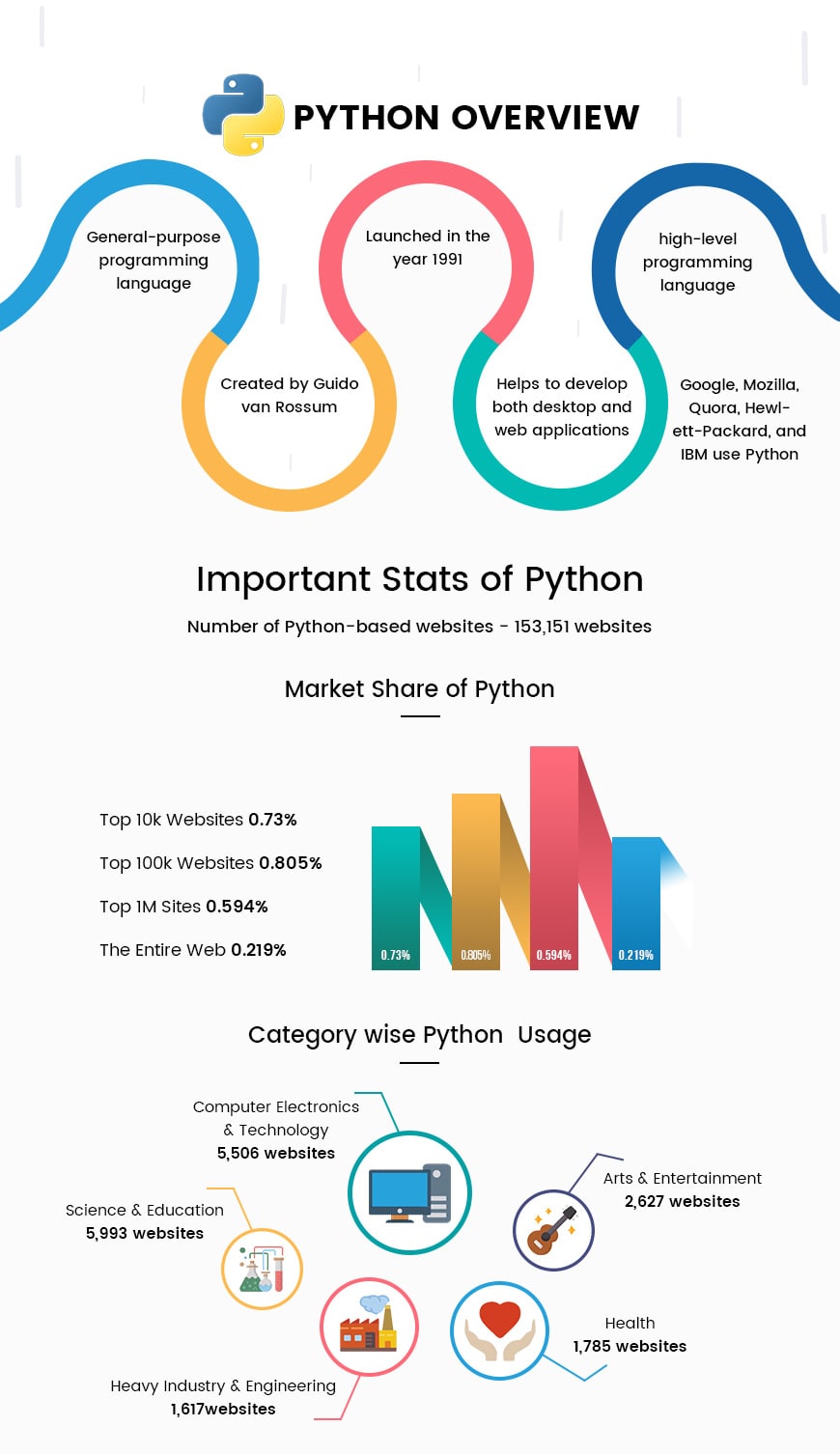 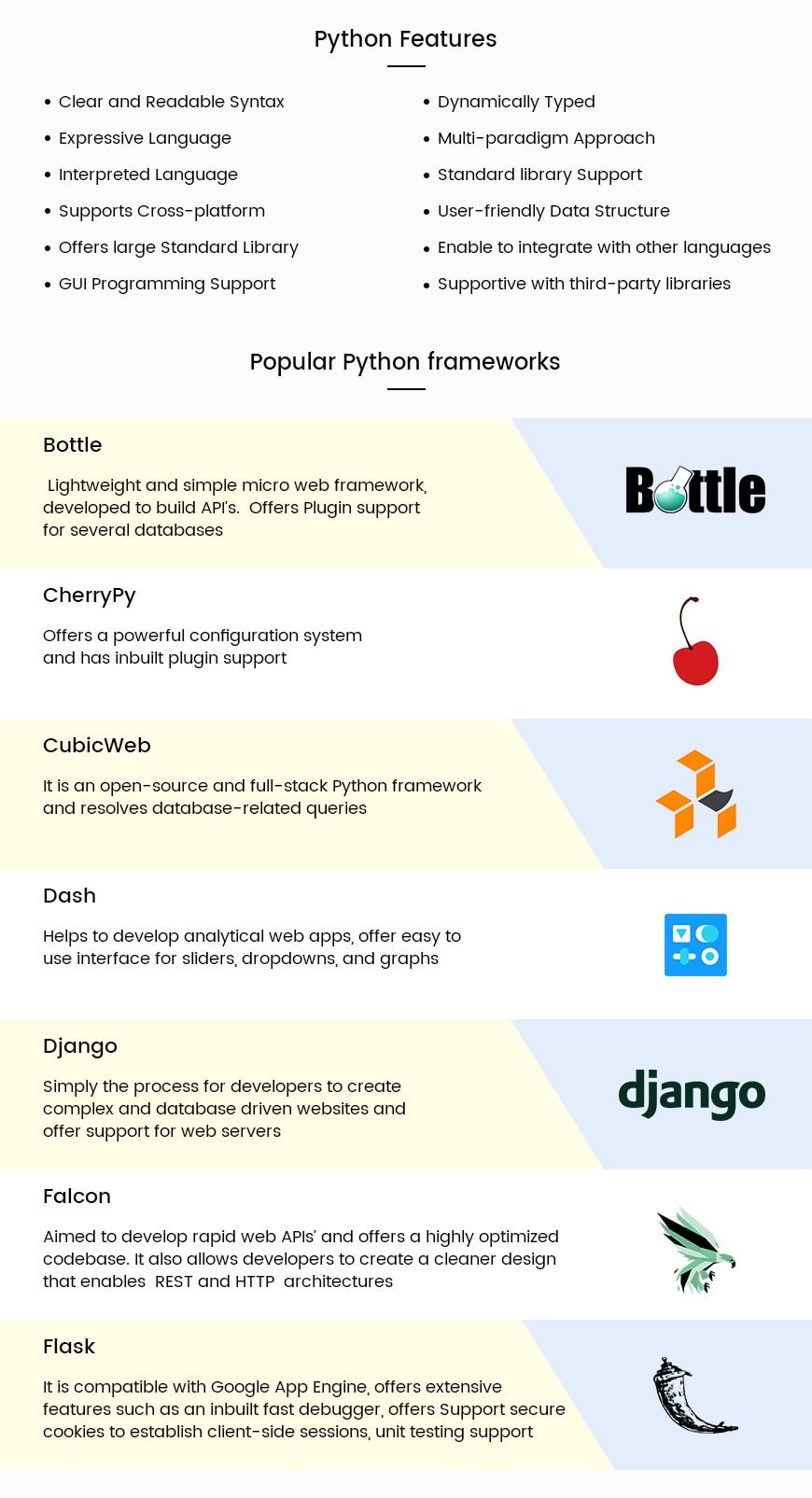 Difference Between and PHP and Python 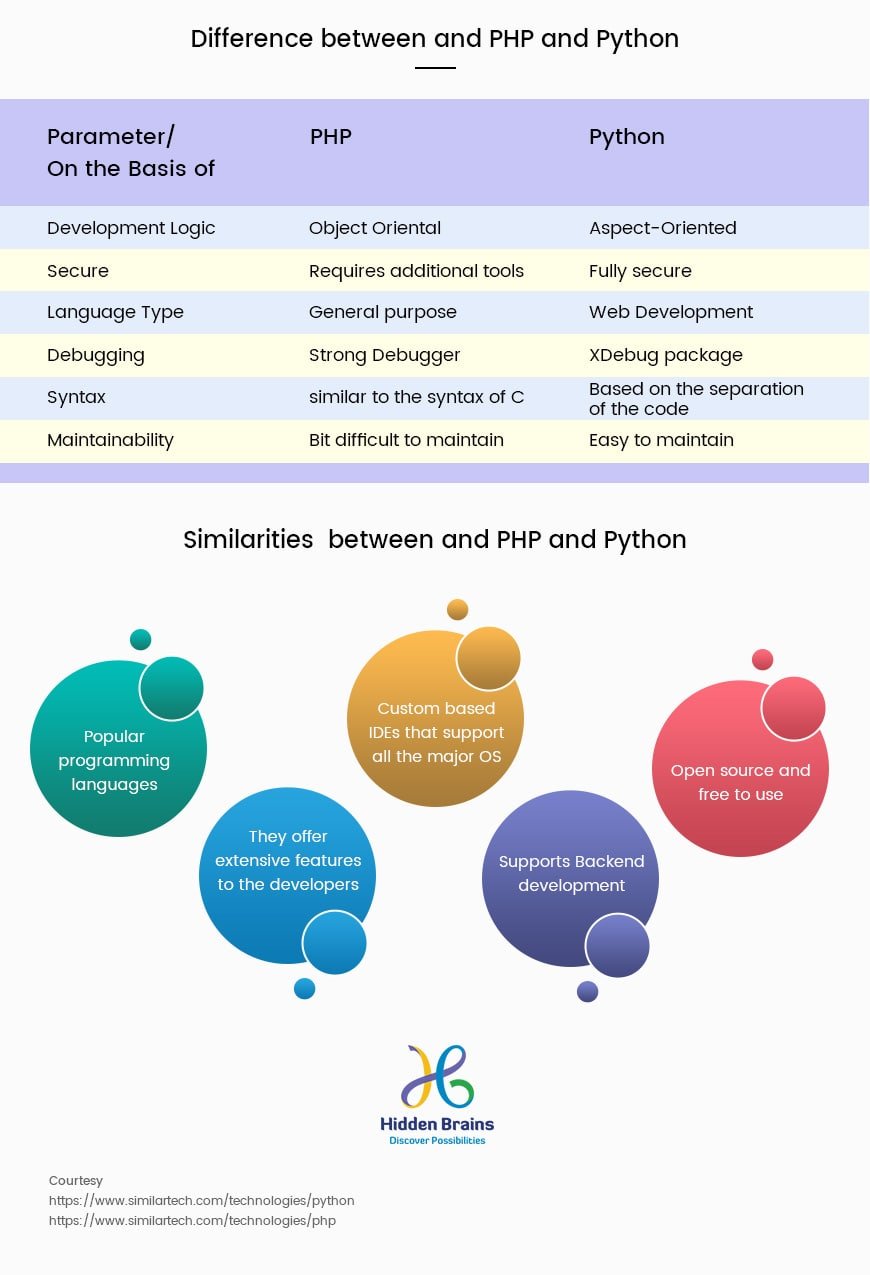 For all the points discussed, both Python and PHP are similar to each other. For others, Python is better than PHP. It entirely depends on your business goals and objectives, as well as technology expertise.

Looking for PHP solutions for your company? Get in touch with our team.

PHP vs ASP.NET: Which one Works for your Web Application?