Simple Explanation of Blockchain: The Next Generation Internet 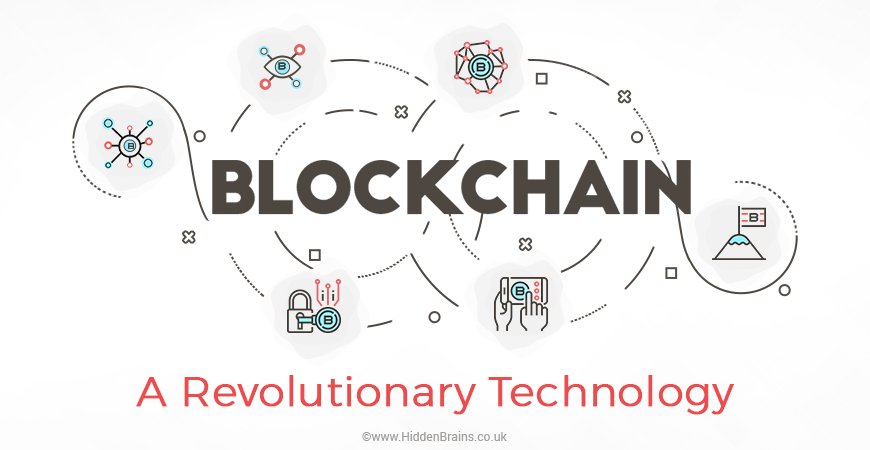 Simple Explanation of Blockchain With Definition

To define blockchain technology in simple words, it is a new type of internet that allows digital information to be distributed but not copied. Gartner refers to blockchain technology as a part of “the programmable economy” – the one where all movements of assets and value between organizations or individuals are managed through a blockchain.

“The blockchain is an incorruptible digital ledger of economic transactions that can be programmed to record not just financial transactions but virtually everything of value.”

Blockchain technology has ushered sharp economic shift from the classical centralized production value-chain system to a distributed and decentralized one.

What Problem Does Blockchain Solve

While conducting business, trust is a fundamental element that allows two parties to engage in an agreement for exchanging value. The most popular methods that build trust between two parties engaging in an agreement were resorting to banks, insurance companies, judicial and legislative system, fiat money, bonds, stocks and contracts.

This is where blockchain technology comes into picture. As it is truly said by the expert Ginni Rometty,

“What the internet did for communications, blockchain will do for trusted transactions.” – Ginni Rometty, CEO of IBM

It resolves trust problem by vouching for a secured and direct transaction between two parties without any interference of intermediate institutions or contracts. Blockchain uses two different elements for establishing immutable trust in commercial transactions – distributed ledger and cryptography. Let’s know the dependability of blockchain for carrying out business dealings and other transactions.

Blockchain is the next generation internet that comes with built-in robustness. It cannot be controlled by any single entity and thus does not have a single point of failure. Since its inception in 2008, blockchain has been in operation without any major disruption.

All the problems that have erupted in blockchain network are intentionally planned, i.e. they were result of human interference and not occurring as a result of flaw in underlying concept. The robustness of blockchain isn’t challenged yet with a good track record as it still continues to be developed by researchers and experts.

“As revolutionary as it sounds, Blockchain truly is a mechanism to bring everyone to the highest degree of accountability. No more missed transactions, human or machine errors, or even an exchange that was not done with the consent of the parties involved. Above anything else, the most critical area where Blockchain helps is to guarantee the validity of a transaction by recording it not only on a main register but a connected distributed system of registers, all of which are connected through a secure validation mechanism.”

Blockchain technology is quite secured as the distributed network is build such that it checks in with itself every ten minutes. This kind of established self-auditing ecosystem defines digital value and reconciles transactions happening at frequent intervals of time.

All the data is public and embedded within the network to account for transparency of transactions. Further, all the data or every unit of information in the blockchain network is secured and cannot be corrupted.

Blockchain technology is an ingenious invention and brainchild of a single person or group of people known by the name ‘Satoshi Nakamoto’. It stores blocks of information that are identical across the network. However, some people are still sceptical of how secure are the transactions carried over this network. This insecurity has given rise to the concept of ‘permissioned blockchain network’.

This is kind of a restricted model that allows enterprises to access control layer built into the blockchain nodes. This permissioned enterprise blockchain network enables participants to have restricted access and control who can validate blocks on transactions.

To explain in short, permissioned blockchain is a network for enterprises who wish to have better control over the mechanism, authenticate who is joining the network and control what type of access the participant should have over the network.

Some enterprises find it critical to restrict access and usage, i.e. who can join the network or make change to the ledger. In this limited access network of permissioned blockchain, it can be ensured that information is traded only with those organizations that have been highly vetted by a chosen central authority.

Popularity and Usage of Blockchain Technology

Blockchain technology is revolutionizing banking industry by transforming the way they carry out operations internally. Following infographic shows the usage, high adoption and influence of cryptocurrency on global markets:

Blockchain is still in the budding stage, though its usage is already widespread right from the early phase. Experts look at Blockchain as the next generation and most revolutionary technology having the capability to redefine the usage of Internet. Some companies have already started using blockchain technology for business transactions.

If you are wondering on how to use blockchain for the benefit of your company, talk to our technology experts now. Hidden Brains is always at the forefront of exploring new technologies and helps companies to take stride in this dynamic landscape with business technology consulting services.

What’s the Role of IoT in Logistics & Transportation Industry

1 thought on “Simple Explanation of Blockchain: The Next Generation Internet”