What is 5G Technology? Everything About 5G Network and it’s Benefits 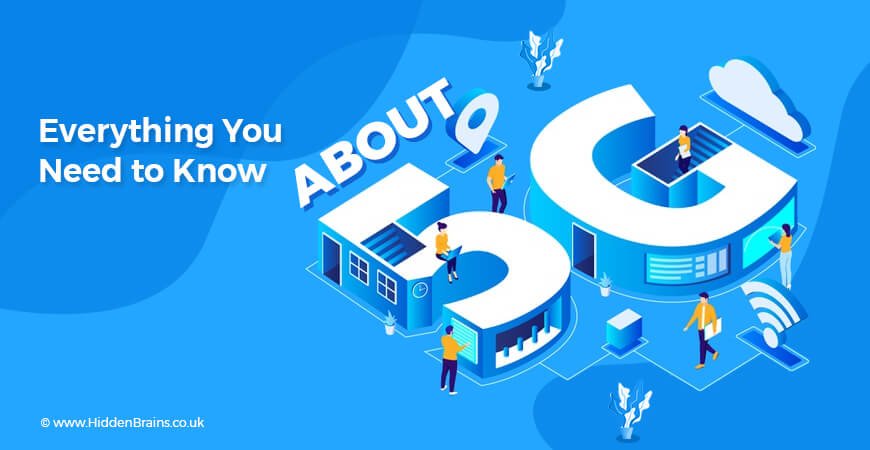 The early cellular phones humans were introduced with were analog radio devices which would connect to a local tower that oversaw a fixed area, or “cell”, on a dedicated frequency. At that time, the radio-frequency or RF technology was the same as that powering walkie-talkies. However the trick here was in figuring out how to connect the walkie-talkie to the circuit-switched phone network.

At that time, call capacity was limited since we had only so many slices of frequency into which one could divide spectrum before they ran into quality issues. Consequently, early cell phones and their related service plans were extremely expensive and generally limited to wealthy moguls like the fictional Gordon Gekko from the movie Wall Street.

On one hand while the character Gekko couldn’t stop but eulogize about the ‘virtues’ of absolute greed that existed, scientists and engineers on the other hand were working hard on the next generation of wireless standards, and trying to solve the fundamental problem of how to cram more channels into the same allotment of limited spectrum.

This is essentially the same problem on which they continue to try to improve on even today.

Back then, there were two competing methods on how to do this. The first method was called Time-Division Multiple Access or TDMA. With TDMA, one could have multiple users share the same frequency by dividing the signal into fixed time slots that were assigned to each active user.

The second method was Code-Division Multiple Access or CDMA.

Similar to that of TDMA, the goal of CDMA was to permit multiple users from sharing the same slice of frequency but instead of having fixed, assigned time slots to differentiate between users,

CDMA used unique codes to identify each user. These codes could switch and hop across multiple channels, making it more flexible than TDMA.

From a technology perspective, CDMA was better because it was more scalable especially as the world became more digital and less analog over time.

This trial and error, mustered with incessant research in this field has brought us to where we are today. The coming of age 5G spectrum.

5G Network will enhance the mobile network to not only connect people, but also interconnect and control machines, objects, and devices. It has the potential to deliver new levels of performance and efficiency that will empower new user experiences and connect new industries. 5G Network has the potential to deliver multi-Gbps peak rates, ultra-low latency, massive capacity, and more uniform user experience.

Q: What are the other generations of mobile networks?

What are the benefits of 5G Technology?

A: 5G Network will support a vast diversity of devices and services and connect new industries with improved performance, efficiency, and cost. It will enhance a large range of industries with connected services from retail to education, transportation to entertainment, and everything in between.

According to a study, the 5G value chain that includes OEMs, operators, content creators, app developers and consumers, will potentially generate up to $3.5 trillion in overall aggregate revenue by 2035 and support up to 22 million jobs, or more than one job for every person in Beijing, China.

Q: What are some of the services and use cases for 5G Technology?

Q: What are the key differentiating 5G technologies?

Q: What is the difference between 4G and 5G Network?

4G LTE tunneled on enabling faster mobile broadband services than 3G, 5G is designed to be a unified, more capable platform that will not only elevate mobile broadband experiences, but also support new services such as mission-critical communications and the massive IoT.

5G will most definitely get the most out of every bit of spectrum across a wide array of available spectrum regulatory paradigms and bands. Straight from low bands below 1 GHz, to mid bands from 1 GHz to 6 GHz, to high bands known as millimeter-wave.

5G Network is faster than 4G

Internet speed and network connectivity is at the core of technological revolution that we anticipate. It upscales the current working conditions in industries and organizations, creates more jobs, better opportunities, and creates in rising demand in the development market.It is time for entrepreneurs to search for iOS experts or hire Android app developers to enter the all new world of 5G with their apps.